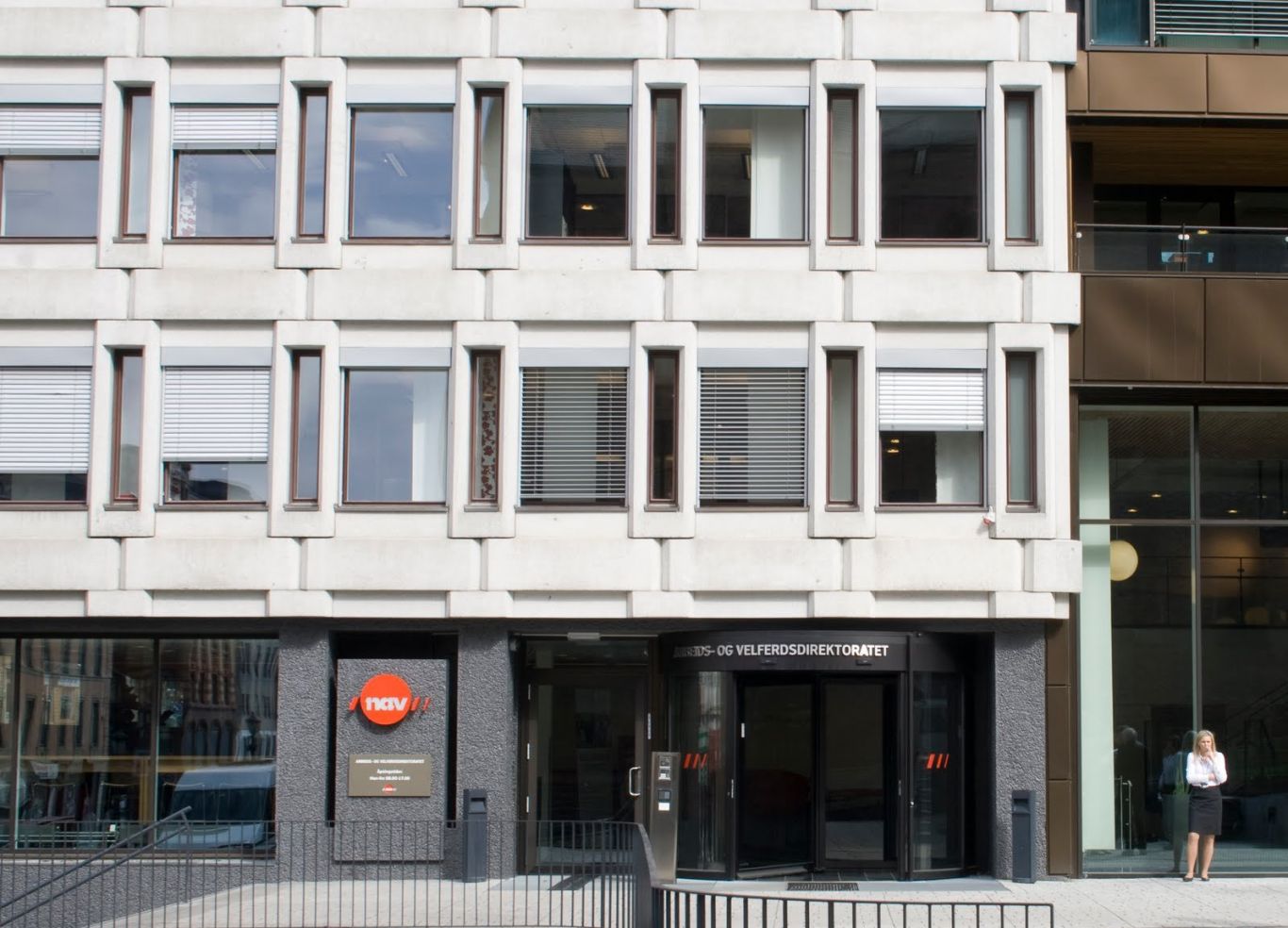 The Red Design Heritage of Norway

The ties between politics, color and ideology is reflected in the changes made in the design landscape of some of Norway’s major institutions. Painting the town red from everyday life of all citizens, students and immigrants.

Having had a new, conservative-right coalition, government in Norway for just over two weeks I believe it’s the right time to reflect over what the former eight year ruling Red-Green (Labour, Social Left and Centre party) coalition has left the country in other terms than just politics in it’s traditional sense. Of course since the Labour party has been ruling most of the time since the Second World War it has left it’s architectural mark on the country.  I will not go into all of the architectural and institutional design elements that have evolved over the past five or six decades.

I do however find it interesting how some design changes radically changed the every day design landscape for the capital city Oslo’s students, the countries’ immigrants, and the largest post on the national budget; the Norwegian Labour and Welfare administration.
Colors have a great symbolic and practical every day meaning in Norway. While in some Nordic countries, like Finland it is a tradition for “rainbow coalitions” with parties involving several political ideologies and traditions ruling together, this is unimaginable in Norway, at least when it comes to the two biggest parties; Arbeiderpartiet (the Labour Party) and Høyre (the Conservative Party).
The design heritage of Norway can make one confused as to weather it derives from the long ruling of the Labour Party or just simply the national colors.  The Norwegian flag has a dominating color of red, followed by blue and white.  It could almost serve as a symbol of the political past of Norway. The Coat of Arms of Norway consists of a yellow lion on a red background. Therefore it can perhaps be understood that the logo of huge organizations such as the Norwegian Postal Service (Posten) has a red tradition brought into it’s new (2008) logo.
Labour politicians eagerly dress in red ties, dresses and coats.  Their logo is a red rose, which they make sure to let people know during election rallies, handing out roses to voters.  Their red color comes from their heritage as a Labour Party. Their coalition partners were red and green in colors, with the Social Left Party having a red and green emblem consisting of the abbreviation SV, and the Centre Party using a green cloverm. The new ruling coalition partners consisting of Høyre and Fremskrittspartiet (FRP – The Progress Party),  also dubbed the blue-blue government, has used blue extensively in its branding and communication, but one also has to bear in mind that FRP has a red apple and significant red in it’s design, although having blue dominating most of it’s communications.
During the Red-Green coalition some major design changes were carried out by state institutions and associated institutions.
Creating The Norwegian Labour and Welfare administration (NAV) was a huge political project that the former government carried out, merging the labour counselling service Aetat, the national insurance service Trygdeetaten and local social services.  Thus the former logos were replaces by a very clear and red, round logo. With the interiours and communication also being dominated by red.  Most Norwegians meet the NAV logo during some course of the year, since it’s one of the fundamental cornerstones in the Norwegian society.
In 2010 the University of Oslo changed it’s logo from a traditional seal in black and white to placing the seal on a red background. In a different variation of the new logo, the UiO appears with two red dots followed by the institution or office behind the communication. With almost 28 000 students and 6 000 employees, this logo change affects therefore a lot of people for the time to come.
In 2011 with the university colleges located in the counties of Oslo and Akershus merged together to Oslo and Akershus University College (HIOA – Høskolen i Oslo og Akershus). The student welfare organizations SiO and OAS that operated in the two counties merges as a result of this. SiO – Studensamskipnaden i Oslo that took care of the student life mainly of students attending the University of Oslo and OAS taking care of the university college students of the Oslo University College, Akershus University College and a wast number of private colleges and schools in the two counties.  Also here, when the choice was decided for the color palette, red seemed like an obvious choice for the decision makers.  The merged SIO serves approximately 55 000 students of 26 educational institutions. The logo and the red color choice is surrounding the students every day lives, from their meals at the SIO cafeteria, the cups of coffee they bring with them to classes, the SIO athletic centres after school and the SIO student housing. If these students were not already red in their hearts, during five years of studies towards a master’s degree their subconcious minds certainly will be coloured red.
Another huge organization that has a huge impact on Norwegian society is UDI. UDI is Norway’s immigration authority and processes everything from visa applications and residence permits to asylum applications and family reunification.  The logo made a change from green to red.
While the first three logos arguably representing both the labour philosophy of welfare, including free state education and affordable student life to all, as well as the Norwegian way of embracing these matters. Fitting both the national and party colour traditions, the latter stated in a very brief press release on their website that they had to change their logo due to new requirements for accessability to the public and recognition of their profile. 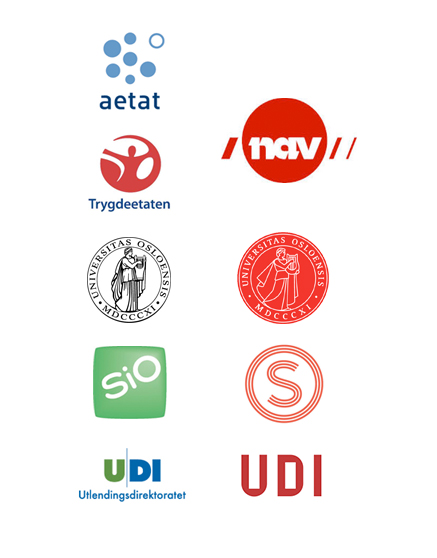 Have a look by category